Overall it is a pretty interesting read, and the article quotes IDC research that predicts that “the global market for 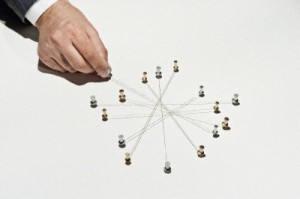 I don’t know about you, but to me it is a huge surprise. The market is actually at $630 million this year?  But how? Perhaps I am just not clued in. Maybe I will go read up that release by IDC to understand those numbers better. But, on the other hand, to be sure, there are social business tools available as of date.

Today, creating effective social networking applications for the enterprise space is still a work in progress. Salesforce.com in February launched a social business tool called Chatter.com that is an extension of the company’s cloud-based customer relationship management software. In many respects, Chatter.com — which was promoted by Salesforce with ads that aired during the Super Bowl — mimics Facebook and Twitter in allowing employees to share profiles, comment on projects and “follow” colleagues as well as corporate business processes such as invoices and sales proposals. In December, Salesforce.com CEO Marc Benioff, the most visible champion of social business, described Chatter as being like “your business is Tweeting you.”

From a BPM perspective, we have ourselves been talking about various approaches to integrating Social Media into our process execution  – not because it is a must-do according to some hype-cycle,  but because of the natural synergies we see in fusing Social Media & Networking paradigms to achieve more effective employee collaboration and therefore employee empowerment and effectiveness.  In fact, many of the shortcomings of viewing all processes as a linear sequence of activities could be overcome.

However if you have been following the social media scene and some of the trends, you may not necessary agree with the whole article. I winced when I read this part –

Because young people increasingly rely on Facebook and Twitter to communicate in their personal lives, employers must bring similar tools to those workers, experts say.

I am not sure which experts have been quoted, but that’s certainly not expert view. This has been one of the most ridiculous myths of Social Media.

Over a year back I wrote a post (Social Media, The Stage is Being Set for BPM) on how with serious quantitative research, some of the myths associated with social media adoption are being shattered. I had quoted a survey by Neilson that suggested that over two-thirds of those on Social Media comprised of folks upwards of 25 years of age.

This whole ‘Millennial’ logic is just unfounded and, to put it kinder words, it’s just a lot of bovine output. I recall reading Scott Francis and Sandy Kemsley reacting to this with as much aggravation.

In fact the first comment at the end of this article blew the fuse and set me off on this post. Sift through the rest of the comments, and you will see reactions from the non-millennial.

And now, tell me. How many of those who you know or engage with on Social Media – be it LInked-in, Facebook, Twitter, or whatever else, fall under that ‘millennial’ band? Or younger than 22? Or even 24?

Right. That’s what I thought.