When you are obsessed with something, you start seeing it in everything you do.

If you are someone with a tendency to always be happy, you will find 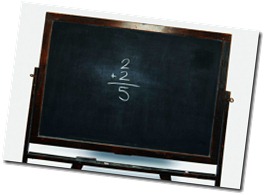 happiness and joy in just about anything you encounter : the creak of the wooden floor, a blade of grass – or many blades of grass for that matter, fragrances, sun-rays, you name it. A recent analyst report claims that 76.34% of non-millennial, male respondents from this psychobablographic category actually enjoyed conversations with their mothers-in-law and, in fact, cried like babies out of sheer joy after each conversation. They had to be taken away and were administered a strong dose of Kenny G to sober them instantly.

On the other hand, if you have a general tendency to be an annoying ass and have a constipated cynical outlook on life, you might find the floor boards annoying whether or not they creak. Also, you’d hate having to sit at the same table as your mother-in-law. Note from Ed: Agreed, this can be argued to be perfectly normal, but I have an analyst report on the desk that I can quote and misquote at random, so don’t interrupt or argue with me right now.

My point is, passion leading to a single-minded obsession is often a good thing and it puts a magic lens over your eyes which helps you see more of it everywhere you turn. And what’s more, it also helps you draw astounding insight from things that are seemingly unconnected to your passion.

You will appreciate therefore, how my singular passion and obsession with MJE BMP PNP NPN BNP BPM has resulted in stupefying BPM insights being bombarded at me every minute by random things I encounter in my day-to-day life.

I am talking about things like Ice Cubes, Beer, One-legged cranes, kids digging nose, taking swims during heavy rain, Clipping nails and so on. I have learned a lot about BPM, as you could have guessed. Just typing that list is overwhelming me and is giving me goose pimples. But the best attack of pimples of geese I ever had was from Chicken Peas Pulav.

You may not know it, but I am wiping a tear right now. It is when I experienced near enlightenment.

I want to share this with you and I hope it changes your BPM project, and in fact, your life too.

The first part is when you decide to make or order Chicken Peas Pulav, you have to be hungry. Immediately you see the incredible parallel to BPM. Yes, it is important for the need to be felt. It cannot be crafted. You cannot hold a knife to someone and force him to be hungry. This is one area where an act of God is involved in BPM as well. The rest of the areas are usually faults of men, but those men are typically not seen after the act. That tendency to turn invisible all of a sudden may make them seem a little like God but never mind, ignore this observation. (Ed: An important precursor to drawing a meaningful analogy is being able to separate the wheat from the chaff and pick only those insights that matter)

Once hunger is felt, the waiter or the cook is usually called in. Similarly, to start a BPM project, call a consultant. Getting a good consultant is as important as finding the right cook. A wrong choice naturally leads to, well, a lot of heart burn. So make sure your consultant is better than the average Joe, who, incidentally is not really a BPM consultant, but only a sort of societal benchmark for no fault of his. There are tons of insights I could share at this point on Social BPM, but I will hold it off for the next Friday. I don’t want to drown you in too much insight in one go.

But talking about benchmarks brings us to measures and metrics. This is very crucial for quantifying business benefits, and it is always better to let the customer decide. But remember that it is miles and gallons in the US and kilometres and litres in UK, as well as many countries in Asia. But in the end, no matter what your measurement standards are, the chicken doesn’t care. Just like the consultant.

Now comes the next part. Usually this part is referred to as Part Two. In some corners of the world, it could be called Part Deux. It is not very important which corner you are at and this really has less impact on the Chicken as it is generally dead by now. Again, you see the parallel with BPM, which is also allegedly dead. If there are still any signs of life left at this point, be assured that there are enough forces during the project that can help you kill it altogether.

One additional insight from Chicken Peas Pulav is that it is in fact true that BPM can be dead. You can easily kill it. But remember it is not dead for the world, but only dead in your project. It could very well be alive and kicking ass, elsewhere in another project in another firm. The sustained existence of BPM in the realm of your consciousness is in your hands. Or head.

Proof: Though the Chicken is dead for the specific Chicken Peas Pulav, the idea of Chicken is not. Chickens are born every minute. And many live long and fulfilling lives. In fact even their eggs get laid.

But the truth is that in every Chicken Peas Pulav, a chicken is dead. And in every BPM project inevitably somehow, a little bit of BPM dies.