The recession may have started to ease up, but the pressure on CEOs to get more competitive and drive growth will continue. Alongside that, the need to keep a closer watch on expenditure is likely to also continue for sometime. This is particularly true about IT investments – something that took quite a big hit in 2009.

Although 2010 will likely be better, investments in IT will have to pass through more microscopic evaluations and justifications, and therefore, concrete Returns on Investment will be very crucial to get budgets approved.

In the same GartnerInsights report I mentioned above, Gartner lists Business Process Improvements as the top-ranked business priority on the CIO agenda for 2009.

I am reproducing the table here.

Interestingly, a BPMS initiative done in the true spirit of BPM would have an influence on at least 4 of these priorities ranked by Gartner.

This would imply BPM projects would be among top priority projects for organizations, and to make budgets available, CEOs would of course then need to see if there is sufficient business justification available.

Return on Investments in BPM initiatives have been very promising with value being delivered across multiple prerogatives CEOs tackle – costs, efficiency, effectiveness, agility, control and so on. BPM ROI has been observed by many BPM adopters, implementers as well as analysts as being remarkable in several cases.

In early August Jim Sinur posted an article titled BPM Delivers to the Triple Bottom Line of People, Planet and Profit that triggered some great discussions on the topic. Jim discusses how BPM projects can have significant return on investments, consistently upwards of 20%, sometimes even touching double or even three times the investments made.

Anatoly Belychook responded with a great post on ROI of ERP and BPM analyzing the reasons behind those wild BPM ROI values of 200% or 300%. Anatoly’s PoV is that in these cases, BPM becomes an enabler that unlocks value from past investments in ERP and other enterprise apps – which is to say these high numbers need not be returns only from BPM investments.

Scott’s post BPM, ROI, and other TLAs was an excellent analysis of PoVs of both Jim and Anatoly and tied it all up very succinctly.

And then a recent report by AIIM  claims that 50% achieve payback on investment in 18 months.

At the core of all these discussions though is the fact that BPM done right has returns that you just cannot ignore.

Profit is the fuel that drives BPM.

But I am really not writing this piece to talk about the great ROI from BPM, but about an aspect of BPM implementations that can significantly influence the extent of returns that can be achieved – support of the CEO and commitment and continued involvement of senior management.

And so, if you are a CEO, you could be tempted to think that the IT team can work out orchestration, service orientation, integration, process design, methodologies and the rest of it, while you will be able to address current imperatives and priorities – of reducing cost, improving competitiveness and increasing profits all in different degrees – from a single move of sanctioning budgets for that BPM initiative.

Well, think again. For this is very unlike the other IT budgets you have sanctioned in the past.

Think again, because if you aren’t committed or if you haven’t committed your top management teams to it, then chances are that those benefits will just go out of the window along with your sanctioned budgets.

In its most basic approach, a BPMS with its near-zero code approach can help you quickly model a process, design UIs and deploy solutions. That’s great (if you leave aside license costs), because by using a BPMS tool, you have reduced effort required to build apps grounds up, you need less hard-core coding skills, and it can all get done much quicker.

However, without the continued inputs, involvement and drive from top management which is more directly concerned about how everything translates into improvements to topline and bottomline, you can completely lose the focus on the real objectives and do it like it was a software project and just end up automating a process rather than doing the real BPM.

I had started writing this post a few weeks back after a very agonising time discussing ‘business’ with a BPM techie, but a sudden rush of work kept me off this post and could sit down to finish it only now. And in hindsight, I am glad for the delay because in the meanwhile, Jim has made another post which adds more insight to this particular aspect of BPM and I’d like to refer that post to you in case you haven’t already read it.

Jim’s post is titled “Should You Double Your Bet on BPM?”, and puts the hype in perspective by suggesting BPM itself is not the silver bullet, but the effectiveness of convergence of model driven BPM methods, technologies and business-led project management that really drives the degree of BPM success.

With the potential of remarkable returns bubbling beneath each BPM initiative, my personal view is that unlike ROIs and benefits of many other more conventional IT investments that tend to be more about smarter automation (if you will), BPM is different because it is more about an opportunity cost. And that means at the end of it, you can only see what you saved – you may never know how much more you could have achieved.

Thankfully, when it comes to BPM, there need not be an end. With BPM thinking itself encouraging continuous improvement, the best bet to keep that latent potential always in sight and continuously trying to squeeze those benefits out, is to get those people who need those benefits most badly, to drive it. 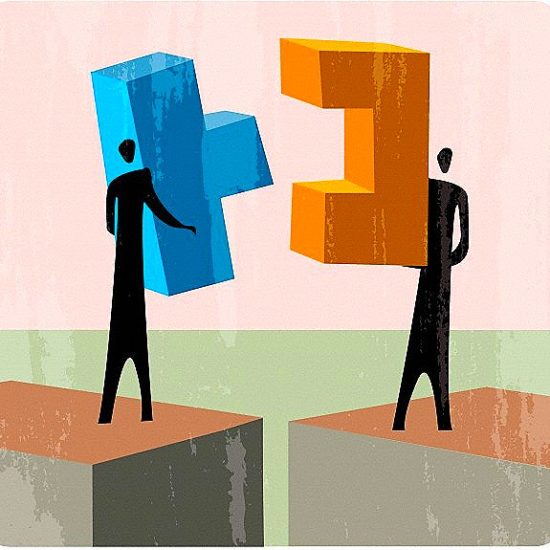