BPM should be about exercising and asserting your firms business priorities,  along its lines of control. Especially lines at the top and the bottom.

Sure, you’ve heard it before that BPM is about the business. But 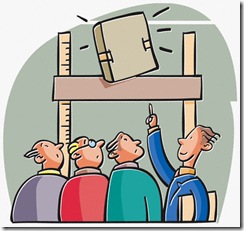 indulge me for a bit.

Let‘s say the CIO of a manufacturing company A buys product X because it can help optimize inventory and reduce costs.

He gets the software implemented and X nicely fixes not just that bloated inventory but also that big headache he’s had for months.

What‘s more, Marketing is happy because they could reduce product price a little bit, and therefore so is the customer, and, despite the price drop, a slight improvement in the margin makes Finance happy too. Meanwhile, Purchase and Production are happy, and well, there are smiles all around and all that. You get the picture.

Now, what if B, a competitor of A, decides to also buy X for much the same reasons?  We now have two competing firms, both depending on product X to address inventory issues. Will happy smiles appear on faces in firm B? Will folks at A continue smiling and nodding at each other?

How will it affect their relative advantages? Their differentiators?

Here are two different ways of looking at it –

Which one would be your pick?

If you pick (i), you are saying there can be no competitive advantage from IT as IT eliminates differences between how organizations function. This is along the lines of Nicholas Carr’s argument that as IT becomes more commoditized, the value from IT would also diminish.

On the other hand, If you pick (ii), you are saying IT can be used as a weapon to find competitive advantages that complement your core competencies.

Product X in our story, as you might have already guessed, would typically be a packaged application promising ‘industry best practices – acquired from consolidating experience from thousands of implementations’. So, consider this – if both A and B apply the same best practices, would they truly get competitive? Or would those common best practices merely help them stay on equal footing?

I had written a sort of a parody to discuss this sometime back, titled “The Corrosion Of Competitive Advantage”, inspired by an HBR article by Andrew McCafe and Erik Brynjolfsson titled Investing In the IT That Makes A Competitive Difference. The HBR article essentially argues how IT can in fact be a tool to achieve competitive advantage.

And so to our firms A and B, the situation they find themselves in is not very unusual. As I had written in my earlier post,

…these are situations that our technology consuming customers continuously battle – most top market players have access to similar technologies, products and service providers; similar investments and budgets.…. Therefore, where is the competitive advantage from IT investments?…

The point I am trying to highlight, or rather reiterate, is that, this is precisely where the power of BPM lies. BPM can give you the wherewithal to deal with such situations –  In unlocking competitive advantage from areas in your business where packaged applications are, by and large, ill-equipped to address.  In making a substantial difference to your bottom-line, and/or your top-line.

There have been several discussions, on how BPM is different from conventional packaged application implementation/application development. The idea of IT-Business collaboration, business benefits of BPM, building a business case, etc. have been discussed in ample measure. Some of the best minds in the industry have tried to impress upon these critical success factors in BPM.

Yet, there still are many who under-utilize BPM. In my experience, these are really areas where many firms miss the bus when it comes to delivering BPMS that truly delivers. Treating BPMS implementations like conventional IT projects is a common first big mistake.

Yesterday, I read a very insightful post by Neil Wart-Dutton. It’s titled 5 things you need to know about BPM ROI which articulates some thoughts I am trying to get across, much better. Neil’s 5 points are –

And on the point of looking beyond operational efficiency, this is what Neil has to say –

Most of what people think about regarding BPM benefits comes down to efficiency savings, and this can be a big part of the story. But even in the operational realm, there may be benefits that go beyond efficiency. One is increased scalability through smarter (re)allocation of resources. Another is improved customer satisfaction (which although it can be difficult to directly ascribe a monetary value to, should drive sales over time if sales and marketing teams are doing their jobs – and will often help protect revenue by reducing customer churn). Apart from the operational realm, benefits can come from increased business flexibility, quicker introduction of new products or product bundles, and stronger competitive differentiation.

Think ‘Enable, Empower, Improve, Unlock’. These are words that should be top-of-mind when we are designing BPM to deliver its promise. As we move into 2011 and as real benefits from BPM come under the spotlight – as it is bound to, it assumes more importance.